For Windows, Mac OS and Linux, using ddev can be a good way to move to a dockerized setup. 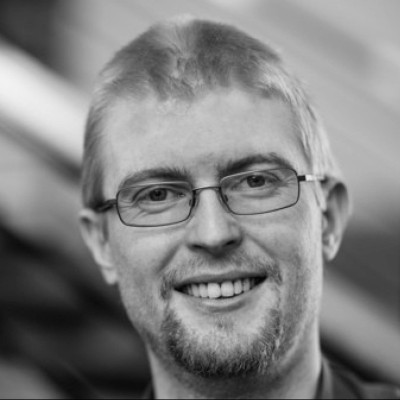 Ddev provides an easy to use and fast to setup development environment, based on docker and docker-compose.

Not yet tested on Windows

We did not get around yet to test these instructions on Windows. We try to do so as soon as possible; but if you want to help out, check the bottom of the page on how we can be reached. Any help is appreciated :-).

This tutorial describes how to put some parts of these caches inside the docker containers created by ddev, so that the execution times are very acceptable and developing is fun.

ddev is a command line tool that has to be installed first.
Please follow the getting started guide to install drud/ddev that has instructions for all common operating systems.

After that running the command ddev on your shell should give you a description of all available ddev commands.

2. Check out the project
(or start from scratch)

Now, this part is different depending on whether you want to start from scratch, or you have an existing project you want to work on.

To create a new project, use the following commands, which will create the base directory structure and download all dependencies.

Now, create the project structure with the following command:

Confirm that any existing contents in the project root will be removed, and grab a cup of tea while all the dependencies will be downloaded.

Now, it's the right time to create a new Git repository for your project and add everything to it.

Check out an existing project:

To check out an existing project, simply clone it and  to install all dependencies.

The generated .ddev/config.yaml should be checked to ensure that a
recent version of php and mariadb is used by ddev that matches the Neos requirements.

The following environment variables speed up Neos and configure it correctly - storing temporary files inside the container.

Neos supports so-called Contexts, which helps to separate different sets of settings for different environments. The instructions above set up Neos to run in context Development/ddev.

By putting the the following Configuration file into the path Configuration/Development/ddev/Settings.yaml the necessary configuration to run Neos with ddev is added:

5. Optimize performance for MacOS and Windows

On linux ddev/docker can use the host filesystem directly but on other systems filesystem operations in docker tend to be very slow.

That is the reason why you have to take special measures to avoid slow execution times on Mac and Windows as Flow does some very resource intensive tasks involving lots of file IO. This includes scanning all the files and building various caches.

The ddev documentation has a dedicated section about performance optimization that describes the necessary preparations for macOS and Windows to circumvent those problems.

After preparing your system you can enable NFS for your DDEV project by using a local config.override.yaml file. This way coworkers without the need to use NFS, f.e. those working on linux, do not need to change the config file of ddev.

It's time to start ddev. After the command has run through, you can open your website for the first time. It may take some time to load for the first hit as Neos needs to fill all the caches and the webcache (if enabled) needs to sync all files.

Now, you are ready to access the Neos instance in your browser and you will be redirected to the setup tool on the first run.

How to fine tune the setup?

Connecting to the container

Please use the following command to open an ssh connection to the container:

If you want to use xdebug, you can enable and disable it easily with the following two commands:

Xdebug usage is precisly described in the documentation of ddev.

You can set start up hooks in ddev to speed up the first run and avoid any problems or solve them easier .ddev/config.yaml: